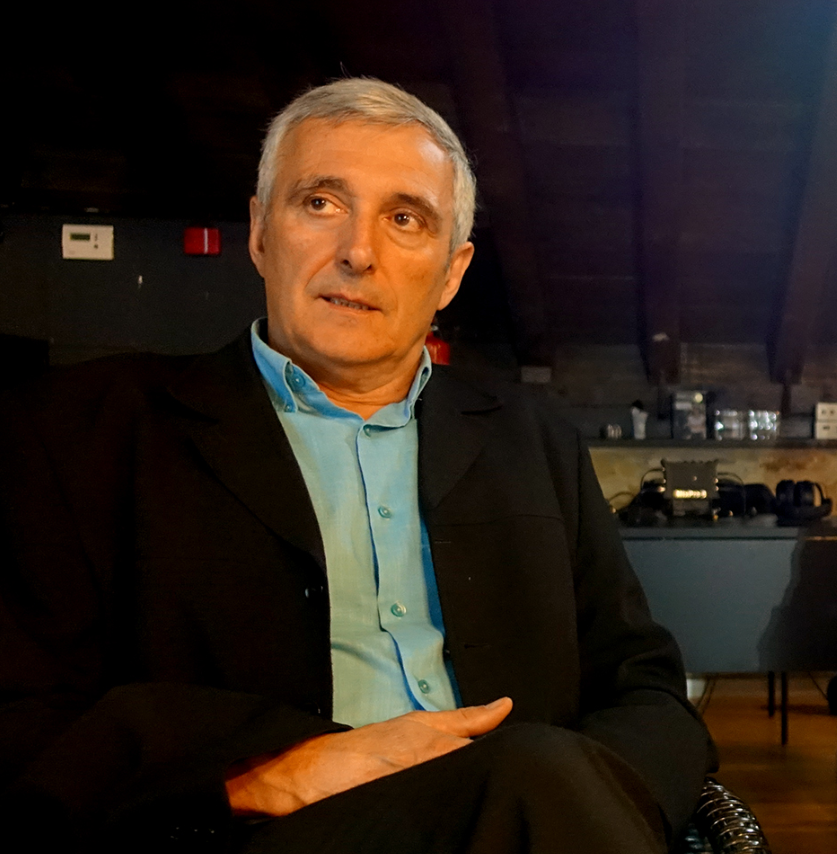 Can you please tell us a bit about yourself: What projects are you currently working on with regards to the Basque language?

I was born in Donostia-San Sebastian in 1957 into a bilingual family. I studied chemistry at the University of the Basque Country and got a Ph.D. in 1986. I spent the majority of my professional career working for the normalization of the Basque language at the Elhuyar Foundation where I was CEO from 1995 to 2003 and general manager of Eleka Ingeniaritza Lingusitikoa, the language engineering branch of Elhuyar (2006-2011).

In 2012 I entered into politics full time. I’ve been a Member of the European Parliament (2013-2014). Currently I’m retired, but I’m still in politics as mayor of my adoptive village, Alkiza. Furthermore, I continue to be attached to the Ezkerraberri foundation, a socio-political Basque organization. I am still actively involved in LT related initiatives. I helped out in the drafting of MEP Jill Evan’s report on language equality in the digital age. For the last four years, I’ve been advising the department of Language Policy of the Basque Government on IT and LT policies.

What is your involvement with the European Language Equality project?

I helped Georg Rehm and Olga Perez (advisor for the Greens/EFA parliamentary group on topics related to education, culture and media) in promoting the idea of the need for an agenda and roadmap for achieving full digital language equality by means of a pilot project of the EP and in the preliminary steps of the definition of the project.

From your perspective, how has the situation of the Basque language developed over the last years and how do you view these developments?

I would highlight different aspects. First, the Basque LT community has done a great R&D investment in order to improve and develop tools and resources. New machine translation tools, based on AI and neural nets, have dramatically improved the quality of the output of commercial MT systems. This is probably the most remarkable achievement from the point of view of language professionals and the general public. Second, the creation in 2010 of Langune, the Basque Association of Language Industries, represented a step forward in the cohesion, visibility and impact of the sector.

Third, the position of the Basque Government towards language technologies has changed positively in the last 5 years. Although LTs were one of the pillars of the Science, Technology and Innovation Plan in 2001-2004, they lost relevance in the following plans. For instance in 2010’s plan, all references to LT disappeared and the language industry was mentioned only a couple of times. The government fell for the charm of big foreign LT actors and considered the local LT community subsidiary. The persons currently in charge of Language Policy in the Basque Government positively believe that a strong local LT community is one the keys to assure a future for the Basque Language in the digital world.

In your opinion, how well is the Basque language represented in the digital world?

I would say it is similar to that of the non-hegemonic languages. In STOA’s report Language equality in the digital age – Towards a Human Language Project (2017), Basque appeared in the group of languages with fragmentary support together with many of the official EU languages such as Danish, Greek or Polish. Clearly, English and other hegemonic languages such as French, German or Spanish are better represented. In the case of Basque, that is simultaneously an opportunity and a threat. A threat because it is enclosed by two of the biggest languages of the world, French and Spanish, and almost all Basque speakers are bilingual – be it Basque-Spanish or Basque-French. But, at the same time, that situation is an opportunity, because the Basque LT community has the linguistic knowledge to work in French and Spanish as well. In other words, it opens the door to a bigger market.

Some areas such as MT have developed enormously, but there is still a long way ahead to reach a fair representation of Basque in the digital world. Political support and investments in R&T and education as well as the participation of our LT community in European networks and projects like the European Language Equality project, are crucial.

What does Digital Language Equality mean to you and what could it mean for the Basque language?

I think that in the European context we can say that there is digital language equality once all languages, regardless of the number of speakers, can offer similar levels of tools and resources to their speakers. In the case of Basque, French and Spanish are our mirrors.

What do you consider the most important requirement for language to become equal in a digitized society?

Back to my previous answer, all languages should have the possibility of offering resources and tools similar to those offered by hegemonic languages to their communities.

In 2020, the Ezkerraberri Foundation published a book about the lack of representation of non-hegemonic languages in audiovisual media. If you had to sum up the key message of the book, what would it be?

In the case of regional languages like Basque or Catalan, the access to media platforms is a matter of life and death for the survival of the language, since the majority of speakers are bilingual. In the case of Basque in Spain, if Basque speakers do not have access to or cannot enjoy audiovisual content in Basque but they can do so in Spanish, the smaller language, Basque, suffers tremendously due to the disglossic situation it falls into. We know where that leads the weakest language … That’s why states should set up legislation to secure the presence of non-hegemonic languages in the audiovisual offer. Unfortunately, you can’t take it for granted even in those so-called plurilingual states.

Currently the Spanish government is preparing a new audiovisual law to transpose EU Directive 2018/1808, amending the Audiovisual Media Services Directive. The document that the government is to send to Parliament for approval strongly defends the presence of Spanish in those services, but it doesn’t do the same for Basque, Catalan or Galician.

Do you think language technology could contribute to the support of the Basque language and others like it in the field of audiovisual media?

For sure! Let me give you an example. The production of subtitles is cheaper and faster if you could use voice-to-text technologies, followed by MT. I have no doubt that non-hegemonic languages need LT to ensure a sustainable audiovisual media offer and production.

Do you have a favourite digital Basque language tool or application?

Is there one you would like to see for the Basque language that doesn’t exist yet?

Yes. A voice recognition tool which could be able to identify and properly transcript the different accents, dialects and speeches of Basque.